Posture is a critical component of understanding health and how it is maintained in the human body. Since Rolfing® Structural Integration directly affects one’s posture, this article will help you recognize certain aspects of postural problems as well as some of the things Rolfers™ will do to help you with the pain relief and management.

What is Good Posture?

Most people think of good posture as sitting up straight or standing with the shoulders back. Just as commonly, people understand that posture is about more than their anatomical integrity, but about how the person inside the body is feeling and expressing themselves. How are the two compatible?

“The best posture you can adopt when pursuing your goals is neither to stand nor sit. The best position is to STANDOUT! Everyone may be sitting; but don’t sit! Many people may be standing; but don’t just stand. When you stand, be outstanding!”
-Israelmore Ayivor, The Great Hand Book of Quotes

Healthy posture is not about having a straight back when sitting, or as simple as rolling the shoulders back. Healthy posture is characterized by structural and anatomical integration, gracefulness in movement, and a sense of lightness in the body. It is an expression not just of who a person believes themselves to be, but of who they really are in their expressions and actions.

Posture originates everywhere and nowhere in the body. However, since our thoughts and attention are naturally drawn to what we see, we tend to think of posture as having to do primarily with the upper body (chest, head, shoulders). Rolfers look at the body from head to toe and many sessions revolve around organizing and lengthening the core of the body through the support of the inner legs. Specifically, Rolfers work on developing a vertical connection between the heels, calves, hamstrings and posterior pelvis. They also develop a vertical connection up the inside of the leg into the pelvis, and through the interosseous region of the lower leg. Integration within the lower body is one of the most important elements of good posture and approximately a third of the 10-series is dedicated to organizing the lower extremities.

When people complain of back pain problems or lower back pain, they’re typically only aware of the pain itself, not its origin. The pelvis and the sacrum are two of the most important structures that influence posture. Typically, whatever is going on in the pelvis is reflected in the spine – this is because the pelvis is the base of support from which the spine rises. Perhaps one of the most important goals of the Rolfing 10-series is to horizontalize the pelvis and “free the sacrum.” To do this, Rolfers need to release the muscles around the hips, the upper legs, the lower back, and the psoas muscle.

“Some individuals may perceive their losing fight with gravity as a sharp pain in their back, others as the unflattering contour of their body, others as constant fatigue, yet others as an unrelentingly threatening environment. Those over forty may call it old age. And yet all these signals may be pointing to a single problem so prominent in their own structure, as well as others, that it has been ignored: they are off balance, they are at war with gravity.”
-Ida Rolf

The psoas is one of the least commonly known muscles in the human body. And yet, it plays so important a role in posture and movement that Ida Rolf called it “the muscle of the soul” and considered it the most important muscle in the human body. The average person will likely go through their entire life without ever feeling their psoas, and yet it is the muscle that connections the spine to the legs, integrating walking with upright posture, and support the relationship between humans and the field of gravity. When the psoas is functioning properly, walking and movement in general take on a feeling of effortlessness – it is precisely in the total absence of any tension (and hence of acute sensation) that we know the psoas is doing its job properly.

The Atlanto-Occipital Joint (or AO joint) mirrors the sacrum and vice versa. When the sacrum moves freely between the two halves of the pelvis, walking and movement naturally evoke a fluid quality to the spine that terminates in the AO joint. If the AO joint is blocked, tension from inner musculature and fascia, and from the mechanical force of walking, gets stuck in the neck, and radiates back downward into the shoulders, arms, and spine. This is why nearly every session in my Rolfing practice includes neck work and sacrum work.

We have now reviewed that posture is not just a simple, static state, but an integral and holistic expression of integration within the body. Rolfing therapy can release tension in areas that are critical to discovering excellent posture. Whether the result is improvement in how your back feels while working at a computer, or if it enables and improves your athletic performance, the core message is that Rolfing can make a positive difference in your life.

View all posts by Kian 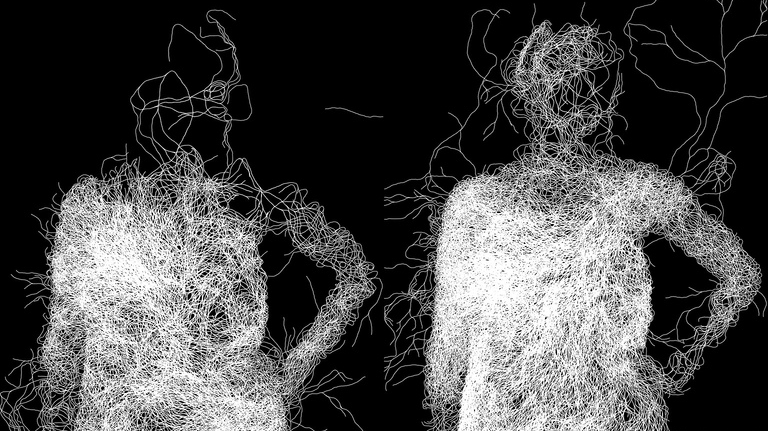 What is Fascia and What Does Rolfing Therapy Have to Do With It?

Things You Didn’t Know Were Effecting Your Posture

How Rolfing Enhances the Body